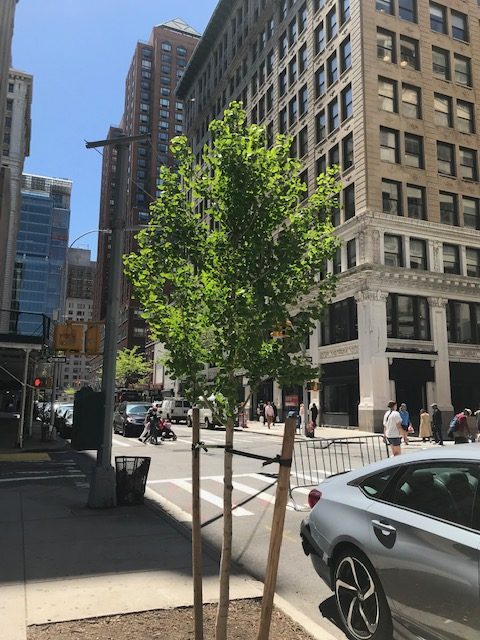 After about five years of construction, which were very hard on many members of the community, the final pieces of the Washington Irving High School project are complete. In addition to the construction, a tree that was destroyed in the process was replaced and the bust of Washington Irving* was uncovered and cleaned. The last bit of scaffolding surrounding the building was finally taken down.

Washington Irving High School, formerly called Wadleigh High School, is a significant institution in the history of women’s education in New York City, being the only school for girls in Manhattan when it was built in 1913. It was the brainchild of progressive educator William McAndrew, who believed that girls training for vocational or technical trades and those undertaking an academic curriculum should be educated together since they had much to teach each other. As a result, construction of the school was exceedingly difficult because of the extensive curriculum. Subjects taught included housekeeping, marketing, garment making, drawing, plain and fancy cooking, picture hanging, dancing, typewriting, bookbinding, and gardening, in addition to the usual high school subjects. The bust of Washington Irving was sculpted by Friedrich Beer and added in 1935, and the school continued to expand as attendance increased. Notable attendees include the artist Lee Krasner, singer Sylvia Robinson, and Academy Award-winning actress and comedian Whoopi Goldberg. 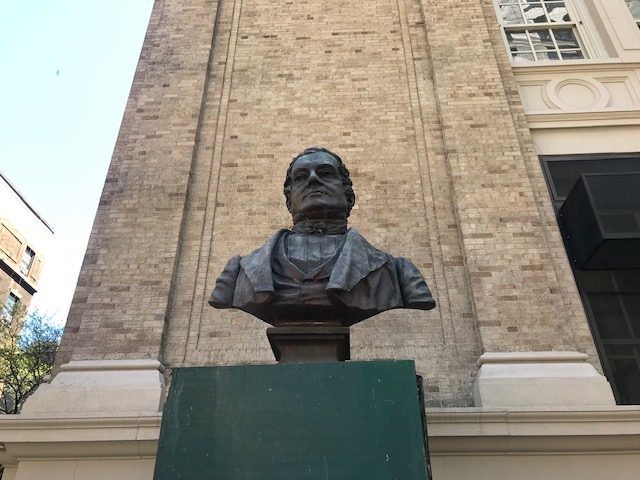 We were just notified by a member that the bust has been removed. We will endeavor to find out what happened and when it will be returned.

Your ticket for the: CONSTRUCTION COMPLETE