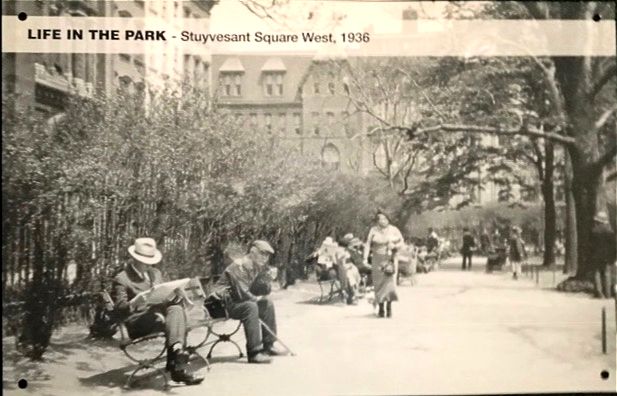 Stuyvesant Square Park has changed over time since the four acres it occupies were sold by Peter Gerard Stuyvesant and his wife Helen Rutherford to New York City for a nominal $5 in 1836 so that it could become a public park. It was not until 1847 that the city began to improve the land and erect the fence surrounding the park, which remains the oldest cast-iron fence in New York City. In 1884, the two fountains were completed. The park was again rehabilitated in the 1930’s (see photos below), looking much as it does today with visitors relaxing, reading, walking and enjoying the bounty of the park.